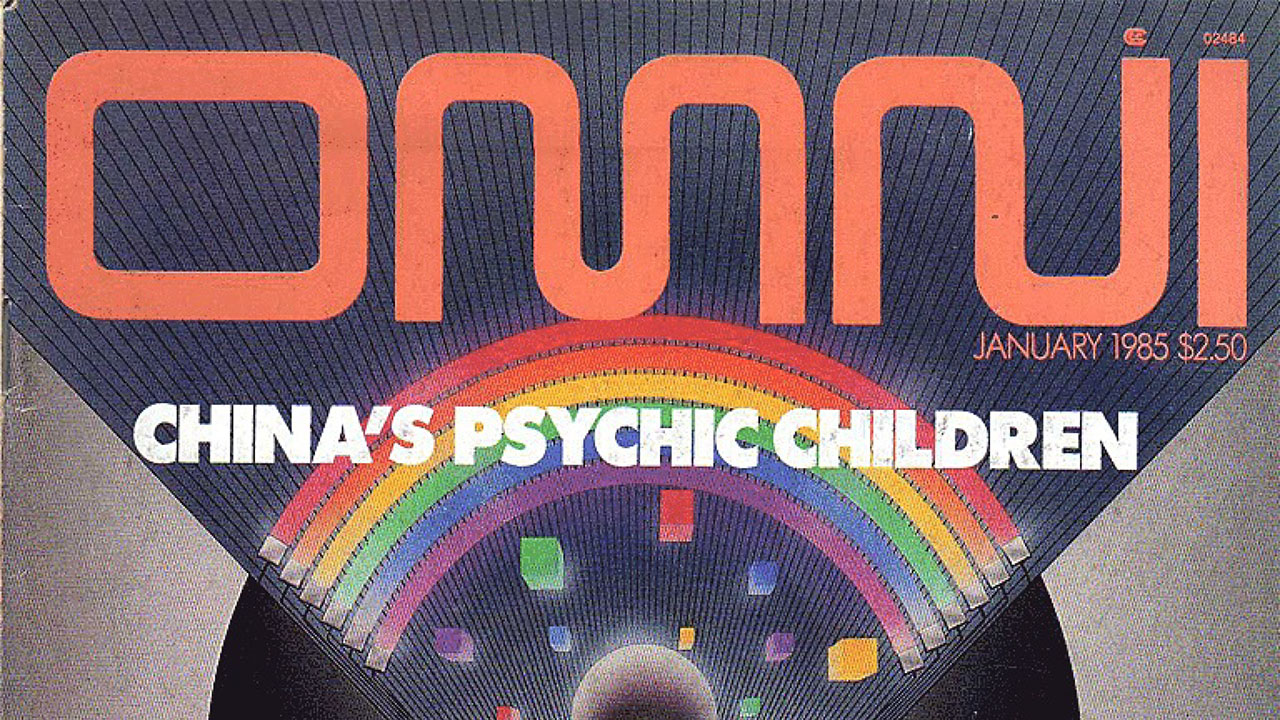 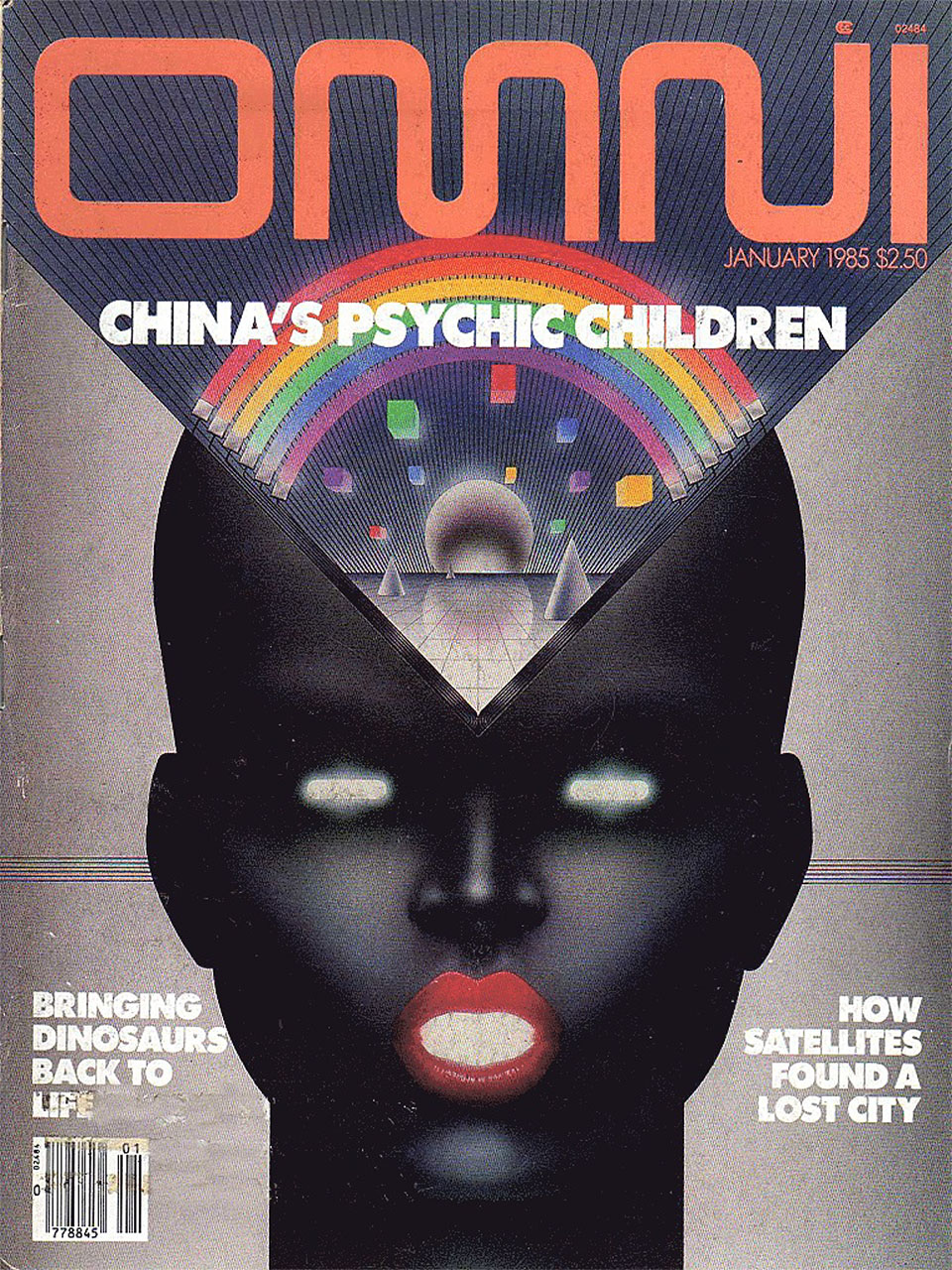 “An invisible field of energy surrounds the body and extends itself at the fingers and feet during moments of stress or anxiety.”

Subject A has crashed a party. He doesn’t know anyone there and is feeling disoriented, slightly paranoid. People seem to know he doesn’t belong there. He’s convinced they’re talking about him, nodding in his direction, exchanging remarks in muted tones that blend in with the noise of the festivities.

His pulse and breathing rate are racing wildly, and a tiny bead of sweat rises on his forehead. Then suddenly he sees her — standing across the room from him. She’s wearing a tasteful, white dress and is obviously feeling every bit as out of place as he is. And she’s watching him! She smiles weakly, then breaks into a broad smile when he responds.

He picks up his drink and begins to make his way in her direction. The noise level drops off somehow — the crowd knows! The two outcasts are about to share a wonderful moment.

He quickens his pace. He has nearly reached her when his feet inexplicably lock together, rooting him in place while the rest of his body topples toward her. Arms pinwheeling madly, he tries to regain his balance. Too late. The drink, something with tomato juice, splashes down the entire front of her dress. It’s all very cinematic really, like a scene from Carrie. The woman screams, and two thugs pick him up and physically eject him from the room.

Sound familiar? Of course it does! That was you, back in high school, making a fool of yourself when you crashed that rich kid’s sweet-sixteen party. But don’t feel bad. At one time or another everyone has had it happen: tripping during graduation ceremonies, poking a stranger in the eye while giving directions, cracking your head on a kitchen cabinet door that sits a full four inches above your standing height. It is a mystery as old as time itself and one that no one has ever explained.

Because of recent discoveries, scientists believe these phenomena are directly attributable to an invisible field of energy that surrounds the human body, extending itself at the extremities during moments of stress or anxiety. At rest, this dormant force encases the torso harmlessly, acting as an invisible energy vest.

Dubbed the E-vest by the University of California team that discovered it, the field is triggered during moments of stress, suggesting the likelihood that it will manifest itself at the worst possible moment. Using technology similar to that used to photograph the “auras” studied in the Seventies, researchers have determined the various shapes taken by this “inverse-probability field.”

In many cases the manifestations mirror the classic archetypes described by Carl Jung during his brief, unheralded “comic book” period, during which he rejected many of the theories of his mentor, Freud, in favor of the Adlerian power fantasies espoused by Spiegel and Sears.

These are some of the more common forms of the E-vest inverse-probability field:

The most common occurrence of the E-vest phenomenon is an elongation of the field that appears at the victim’s feet and may extend forward from the toes for several inches. When the field reaches several inches, it forms bulbous appendages, which are almost impossible to maneuver and which cause you to trip.

Ironically, this intrusion is most likely to occur when a subject undergoes the minor stress of over-concentration — causing him to fall over what would appear to be his own two feet, flailing his arms and knocking over valuable antiques and family heirlooms — at precisely the moment he is trying to appear physically coordinated.

When the force extends to infinity, a more serious condition occurs, namely:

INVISIBLE CLOWN SHOES OF THE GODS!

This happens at moments of extreme stress, like when an enormous construction worker who calls himself “Me, Otto” decides to realign your features because he just doesn’t like the way you looked at his lunch box. As you attempt to sprint from the site of the altercation, your feet become frozen in place, cemented in a pair of incredibly huge clown shoes that stretch into the far reaches of the universe. The celestial footwear dissipates only when the impact of the punch renders you unconscious and relieves you of your pent-up anxiety, allowing you to plummet to the pavement unencumbered.

Disney Fingers is an extension of the energy field with a truly perverse twist. The field extends around the hand, creating an energy mitt with only four digits instead of five. The resulting giant gloves can cause you to knock over a glass of wine at a restaurant or inadvertently flick someone’s nose in public with a totally innocent hand gesture.

Science has only just begun to probe the mysteries of this amazing energy, but many believe that corollaries the E-vest theory will one day explain phenomena that have baffled scientists for centuries.

In the future the E-vest may help explain Gerald Ford’s golfing style, Warren Beatty’s remarkable (and wholly undeserved) sexual prowess, and why pedestrians walk around break dancers instead of kicking them mercilessly while they’re on the ground and totally defenseless.

In the meantime, it’s quite likely that the E-vest inverse-probability field will continue to make you look stupid at parties for years to come. One can only hope that someday we can harness its amazing powers for the good of mankind or, better yet, to play cruel practical jokes on obnoxious insurance salesmen at parties.

Terry Runté is a Chicago-based freelance writer who wears his invisible clown shoes of the gods only at weddings and funerals.