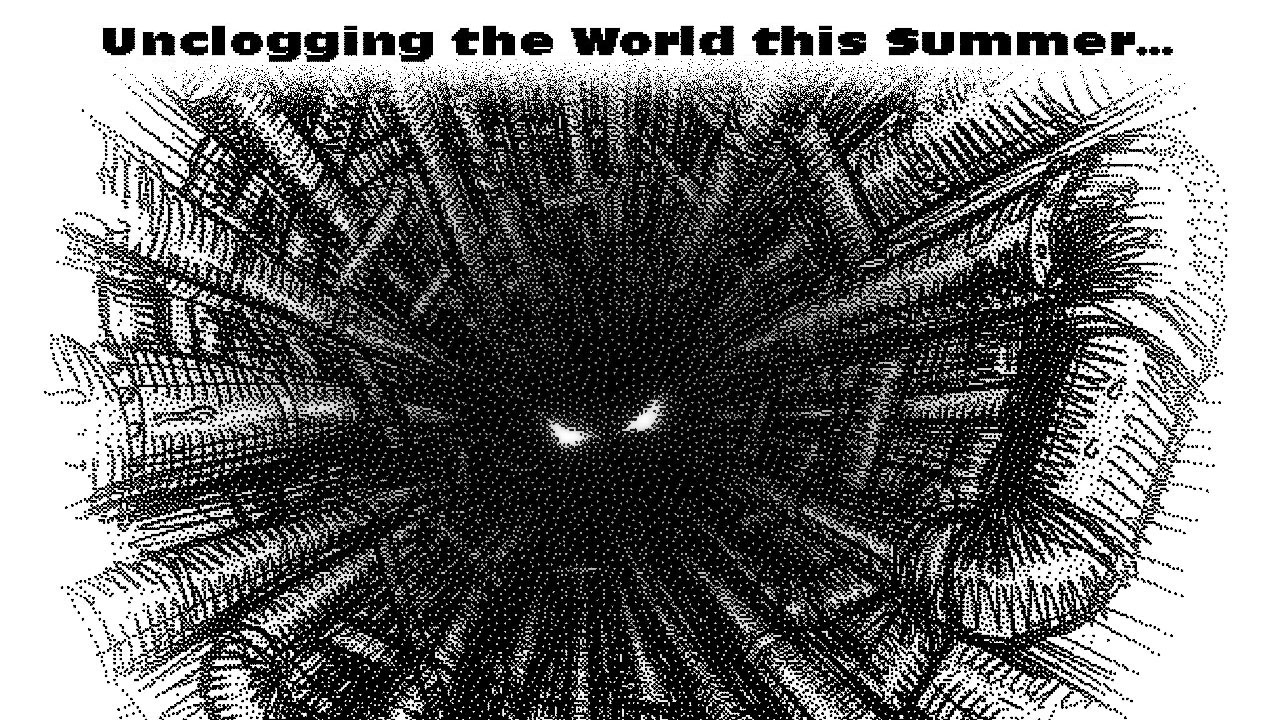 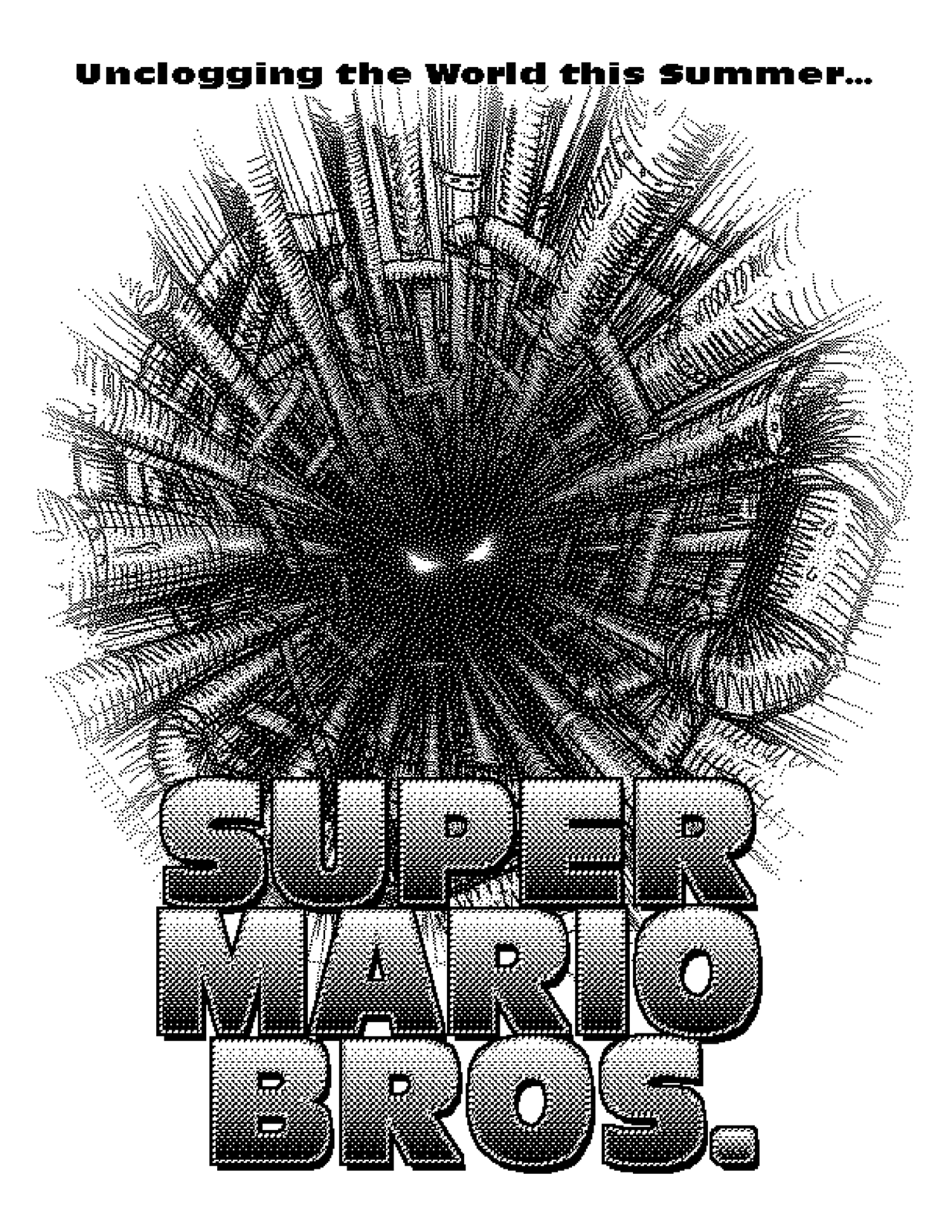 It was great to meet you last week — there was certainly no shortage of good ideas flying around, and we got the sense it would be fun working with you. We hope you feel the same.

However, we didn’t get to nail down a lot of specifics as to what we wanted to do with “SUPER MARIO BROS.,” how all those ideas will fit together into a movie, so we’ve put together a few pages to give you a better idea of what we have in mind.

We think we can make this movie a lot more compelling. Right now there isn’t enough at stake for Mario, and the story is never really funny or scary or outlandish enough. We think we know how to address these problems, focusing more on the brothers’ relationship, and expanding Koopa’s plot so that it endangers our own world.

We hope this will give you a better sense that we’re all on the same wavelength, and convince you we can do the job.

Mario and Luigi’s plumbing business is going down the tubes. Mario is trying to do everything himself — too proud to look for help, particularly from his kid brother. He thinks they just need that one “big score” to put them back on their feet. (Unfortunately, the City Engineer seems to have singled Mario out for exclusion from the city’s lucrative contracts.) While Mario isn’t one to share his problems, he is quick to offer Luigi advice on just about everything — usually relating things in plumbing terms.

Mario has always wanted to be more than “just a plumber.” But Mario and Luigi are destined to be the world’s greatest plumbers — once Mario learns how to work with his brother as a real team. This adventure will teach him that. It’s the story of how the Mario brothers became the Super Mario Bros.

MARIO: Good hearted, with an overabundance of passion. He is a master plumber, but he usually loses his temper and fixes things by hitting them. He loves women, but scares them away because he assumes they’ll immediately love him back. He loves his brother, but is too proud of his role as older brother to accept him as an equal. Mario tries to do everything himself, always on the lookout for an “angle.”

He thinks he knows how the world works, and tries to pass that knowledge on to his brother, usually in the form of plumbing analogies: “Women are like old-time sinks. They run hot or cold. No in between.”

LUIGI: Luigi is not a simpleton. He just has a simple approach to life. Luigi considers plumbing an art, always tinkering, experimenting with the latest materials, making fixtures that are functional sculptures. A “Renaissance Plumber.” While Mario burns with anger at “the System,” Luigi is happy to be a Bohemian. Sensitive, optimistic, and helpful — he’s always naively trying to give Mario help he doesn’t want. If Mario gets a late night call from the woman downstairs who asks him to come down and “look at her plumbing,” Luigi helpfully shows up ten minutes later with a spanner wrench.

DAISY: Princess Toadstool, destined to return to her people and lead them to freedom. When we meet her, however, she’s waiting tables and working in the theater. Daisy is a weird combination of born elegance and learned streetwiseness — she can be warm and engaging when she wants, or devastatingly insulting to some creep who is bothering her on the street. The poet and artist in her will be more attracted to Luigi.

Brooklyn, 20 years ago: An old man leaves a baby on the steps of an orphanage, then is cornered by our villains, who demand the “princess and the crystal.” He defiantly tosses a locket into the sewers. But without it, the door to this world won’t stay open long. They are all whisked away…

Present day: We meet Mario, worming his way in to see the City Engineer. He’s getting shut out of all the city’s lucrative contracts, including the current waterworks overhaul. This guy seems to have a grudge against Mario. And vice versa: Mario visits his bathroom on the way out and “fixes” the pipes.

As Mario comes out to find Luigi, two guys from the bank arrive to repossess the Mario Brothers van. This is the first Luigi’s heard of any problem. “But all our stuff!” The guys throw it on the sidewalk, kitchen sink and all.

That night, Mario drowns his sorrows in his usual way — spaghetti sauce. On the TV, we hear reports of higher unemployment, striking cab drivers, and yet another in a series of beautiful girls who’ve mysteriously disappeared. “What’s the world coming to?” asks Mario. “I can’t get a job, I can’t get a cab, and pretty soon I won’t be able to get a date.” Luigi is optimistic — he’s found them a job.

Unfortunately, it’s a charity job at the orphanage. Sure, Luigi says, they’re working for free, but look at this incredible maze of ancient pipes — it’s beautiful. We see their working relationship: While Luigi looks for the right brass fitting, Mario grabs the duct tape. As they fight over the right approach, the pipes crumble. They find the old locket. While Mario contemplates how best to spend the cash, Luigi shows it to the nun in charge. A symbol on the locket matches one on an old blanket that was left there with a baby… “Yeah? So where is this baby?”

Mario and Luigi meet DAISY, waiting tables at a pizzeria. They are instantly smitten. Daisy is a frustrated poet — she’s thinking about translating the pizza menu into Haiku. Luigi impresses her by making one up on the spot. To Mario’s relief, she doesn’t know anything about the locket. However, we see the crystal glowing ever so faintly in her presence.

As Mario and Luigi both contemplate Daisy, they notice a group of rival plumbers — the one that’s been getting all the city contracts. When Daisy leaves, they follow her, followed by Mario and Luigi, who smell a rat.

Daisy is kidnapped by the rival plumbers. Mario and Luigi give chase, and wind up deep in the sewers, lost. Luigi’s always carries their father’s old plumbing guide — maybe there’s a map or something. He pulls out the locket, too, and behind them, a shimmering passageway opens. They can just make out the retreating kidnappers and rush to follow, but they fall down a long winding pipe and land in…

New York? It’s similar, but off-kilter, out of whack. Scaly. Moss covers the buildings, mist covers the ground, and mushrooms seem to pop up from the strangest places… New Yuck. Mario and Luigi navigate through strange new dangers as they try to make sense of this new world. It’s a world dominated by a lizard-like species that evolved from dinosaurs. At least that’s what it says on a plaque in front of the dinosaurs kept at the Central Park Zoo…

With the help of a baby dinosaur, they narrowly escape the MUGGERS, henchmen of KOOPA, leader of this world. This will be the first action scene sequences in our second act — in a world where the action becomes more and more desperate as the stakes rise — like being in a video game.

Mario and Luigi find that all the humans in this world live in a place called simply “The Village.” When they arrive, the people are at first hostile, but then, when they realize these guys are plumbers, they fall to their knees. Mario and Luigi are the Plumbers of Prophecy, who are supposed to come and defeat the evil King Koopa. (When Koopa first took power, he had all the plumbers in the land killed, although later we learn that one escaped — Mario and Luigi’s father.)

Mario isn’t too sure about all this, but Luigi has always believed they were destined for great things. Mario isn’t one for fate. “You can’t tell me there’s some unseen hand controlling my actions!” Luigi explains to their hosts that they’re looking for a girl, Daisy…

Daisy is proving to be a most uncooperative princess. She is not responding to any of Koopa’s usual charms… We want to expand her story so that she’s not just gradually eating chocolates and turning into a lizard, but plotting and then succeeding in escaping — along with the dozen or so Brooklyn maidens kidnapped in Koopa’s search for the princess. When Mario and Luigi finally get to the castle, their rescue will be complicated by trying to find the “right” princess.

Meanwhile, the village people give Mario and Luigi a shining toolbox, and send them off on their quest to rescue Daisy, perhaps with Toad as their guide. They also have another guide — their father’s old plumbing manual. The magic of “Booklyn” has turned it into a “Talking Book.” Whereas in their home world, we might hear their father’s echoing voice over, now it speaks aloud when opened (giving away their hiding place the first time). It can answer questions, too, but only with the words already in the book. “How fitting,” it might say, reading from its chapter on pipe fittings.

Mario and Luigi’s quest will satirize both the urban landscape of New York, and the Dungeons and Dragons-type legends of old. When Mario and Luigi are sent to the Pit of No Return, for example, it’s a bar on the 42nd St, so hip no one can bring themselves to leave once they enter. To get to King Koopa’s Castle, they’ve got to go through The Five Burrows — actual underground tunnels dug by a large creature. They’ll meet Queens, and see the Statue of Lividness (Koopa) out on Statue Island. We want to build rising jeopardy from Koopa, heightening the action sequences, and bringing Mario and his brother closer together.

Mario and Luigi rescue Daisy at the end the second act, but lose the locket to Koopa. Koopa can now proceed with his plan to conquer our own world, whose humans are apparently even more pathetic than the ones here. The crystal will enable him to open a portal between the two dimensions, large enough to move his army through. They just have to finish work on the pipeway…

The third act has Mario and Luigi working to thwart his plan, destroying the pipeway, and fixing the worlds biggest leak — the interdimensional leak between our two worlds. Mario and Luigi have the chance to work closely with Daisy, and we see a natural bond developing between her and Luigi. Mario sees this and begins to offer advice to his brother, then stops himself. But Luigi asks him what he thinks. Mario tells him to just be himself.

Mario has become the de facto leader, and he rises to the occasion, planning and heading up the final battle. He finds a surprise when they reach the waterworks, his old nemesis FARLEY, the City Engineer, who, it turns out, is one of Koopa’s minions in disguise, plotting the completion of the tunnel from the other side. In the final battle, Mario and Luigi will banish Koopa, then Mario will have to face off with Farley, while trying to get them all through the portal before it closes forever. Luigi has a tearful goodbye with the princess who decides to stay behind. Kissing Mario on the cheek, she tells him, “Mario. You’re super!”

With Farley gone, the Super Mario Bros. have all the business they can handle, helping the city reconstruct the damaged waterworks. Now if they could only figure out what to do with Junior…